New business start ups are not only important to drive the economy but also to create new ideas and companies of the future. With London being the driving business capital of the UK, London start ups are of keen interest to many investors and business communities. If you have an exciting, innovative and sustainable business idea, now is a great time to push forward with it. Below are some tips and links on how to begin with your London start up.

Once you have your idea, be sure to create a solid and professional business plan. The importance of this cannot be underestimated as the plan will ensure you have focus on your objectives and how you will reach them as well as being crucial in obtaining funding and investment from external sources. Make sure you highlight your target audience and how you will market and promote your product or service to them. Sale projections are crucial to understand the business potential and will be expected by investors. END_OF_DOCUMENT_TOKEN_TO_BE_REPLACED

Video conferencing is becoming an ever more popular solution to connecting people in multiple locations by allowing the combination of both audio and visual interaction without the need to be in the same room. With rising fuel costs impacting travel expenses, video conferencing can not only be convenient and time efficient but can also reduce expenditure on conference rooms, car costs, airfares and entertainment. With more and more people, in both business and education, taking advantage of video conferencing, it looks likely this trend will continue to grow in popularity. Below are a few suggestions on how to make the most of video conferencing and ensure a good impression is made.

Be confident in using the system – perhaps the most important factor in video conferencing is being able to set up and manage the equipment you are using. Before going ‘live’ make sure you have researched and tested the system and are confident in its operation. Losing connection, changing a setting without realising or, worse still, not being able to rectify such a mistake could be disastrous. END_OF_DOCUMENT_TOKEN_TO_BE_REPLACED 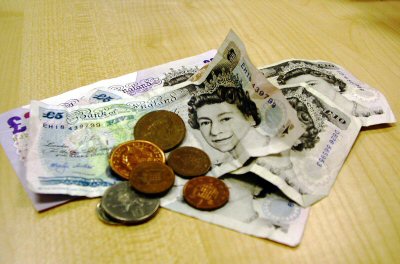 Maintaining a successful company and running an effective office within the current economic climate is challenging enough. Add to that the inevitable consistent rise in energy costs you may agree that now is a good time to think about implementing an energy saving strategy within your organisation. Successful focus on, and management of, making your office space more energy efficient does not only provide the benefits of becoming a greener organisation but the change can almost certainly make some positive adjustments to your balance sheets.

The quickest way to notice a difference in your electricity use is by adjusting your lighting set up. It is estimated that approximately 35% of electricity bills are made up of light associated costs and so replacing normal usage bulbs with energy efficient alternatives can make a significant impact on your energy consumption. Installing lighting and bulbs that operate at a lower current can increase efficiency by up to four times due to the more effective conversion of electricity to light as opposed to heat. Furthermore, encouraging your staff to turn lights off when not in use, or at least at the end of the day, can also save many kilowatts on a monthly basis. The installation of occupancy sensors may well be a worthy investment for areas such as toilets or rooms with limited use. Over time, this initial investment will be made back from the savings generated through keeping lights off when not required. END_OF_DOCUMENT_TOKEN_TO_BE_REPLACED
London is a bustling city full of busy people with long to-do lists. Workplaces in London can often be extremely pressured environments with meetings scheduled back to back throughout the day and high expectations from colleagues and employers placed on workers. Many working Londoners struggle to find time to leave the office to grab a bite for lunch, let alone spend time searching for a healthy option. For this reason, a range of food delivery services have sprung up around the city offering varied menus. Every dietary requirement can be catered for, from vegetarian or vegan and dairy or gluten free options to meals designed to aid weight loss. END_OF_DOCUMENT_TOKEN_TO_BE_REPLACED 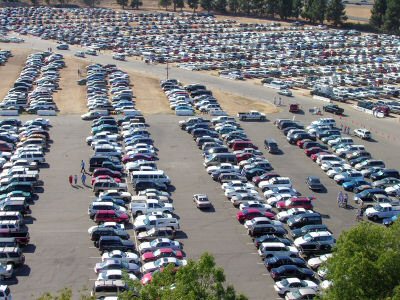 London is a bustling and innovative city, with thriving business industry across the majority of sectors. Most London residents make use of the vast public transport system to avoid traffic and congested streets. However, there are many businesses located within London that require the use of vehicles to operate. Additionally, London is also the centre for a lot of business from across the UK, resulting in an increased number of business visitors entering the city, often by car. With an estimated 200,000 cars driving in London everyday, there is high competition for finding the most convenient parking space. If you rely on a vehicle for your business, or are travelling to London on business and planning to drive, below is some useful advice on how best to plan, locate and obtain parking where you need it.

The vast majority of London council boroughs offer business parking permits which are available to businesses, based in restricted parking zones, that require parking for the essential day to day running of their business. Obtaining a business parking permit allows parking within residential parking zones and ‘shared use’ bays which usually require pay and display tickets and each business can usually apply for 2 permits. END_OF_DOCUMENT_TOKEN_TO_BE_REPLACED

The first records of the Olympics date back to 776 BC. With some gaps in its historic every four-year calendar, due to world events and wars, now, in modern history, the Olympic games is arguably the biggest sporting event in the world with around 10,000 competitors from 204 countries and nations being involved in the games.

This year, London is the proud host of the Olympics 2012 with the opening ceremony due to start the proceedings on the 27th July at the newly constructed Olympic stadium in Stratford, East London. The whole event runs from 27th July – 12th August with events taking place across the city of London. Although the majority of these events will occur within the Olympic park in Stratford, the games are not only limited to this area. Some of the other 13 London venues include Earls Court, Hampton Court, Hyde Park, Wembley Stadium and Lords cricket ground. END_OF_DOCUMENT_TOKEN_TO_BE_REPLACED

East London, especially the Tech City and Shoreditch area is a major European hub for tech companies. Much of these tech companies are start-ups offering a variety of creative and innovative services. Tech City especially has a reputation for creativity. Entrepreneurs from all over the world reach out to this hub, seeking to leverage the facilities on offer, such as the presence of a vibrant community of entrepreneurs, financiers, creative artists and others, support services offered by Universities and government and more. Very few places in the world match such facilities.

Today, London is a dynamic global city and a cultural confluence, providing its lucky inhabitants with an exciting medley of places to see and things to do. With a history that stretches back well over 2,000 years, it is one of ye oldest cities on earth, and it has a varied and intriguing history spanning the reign of tyrannous kings, civil wars, the plague, and a constant cultural flux. All cities with such a history will sport plenty of peculiar place names that in today’s context might seem ridiculous, silly, or completely inappropriate. This article goes over some of the weirdest, funniest, and most inspiring place names that London has to offer.

The why behind the weird and the wonderful

In the London area, place names are usually named after landmarks and historical buildings, the trades and occupations that took place in a given area, the people who were vain enough to permanently imprint their contribution to the city, or after common London events, fairs and occasions. END_OF_DOCUMENT_TOKEN_TO_BE_REPLACED

London is a busy and vibrant city with a colourful history.Whether you are interested in learning about the gruesome side of Victorian London or the history of the monarchy, or perhaps you just want an activity to encourage team building within a fun and relaxed atmosphere, there are many historic tours available that will appeal to people with different interests.

The Tower of London

The Yeoman warder tour (or beefeater as they are commonly known) is an entertaining and insightful tour of the Tower of London. A Yeoman warder will guide you through the history of the palace and the monarchy and provide information on the palace’s architecture, as well as grisly tales of the torturing of Guy Fawkes and the lives and deaths of Henry VIII and his wives. END_OF_DOCUMENT_TOKEN_TO_BE_REPLACED

Staying healthy has become a primary concern within society and many people are now using this interest to raise money and awareness for numerous charities. There are many charity runs in London, which are available to all demographics, allowing massive amounts of money to be raised for good causes. The charity runs vary in length, beneficiaries and, in some cases, entry requirements, such as fancy dress. Listed below are some of the main running events held in London, in which proceeds are used to benefit charities.

Perhaps the most popular and well publicised charity run held in London, possibly the world, the London Marathon started in 1981 and has grown exponentially since that date. With around 20,000 applicants in its first year, just short of 7,000 were chosen to run the race and not all of these finished. Since the first run, nearly 820,000 people have completed the marathon, with a staggering 36,550 people completing the race in 2010 alone. Due to the high level of entrants and sponsorship, around £500 million has been raised to benefit charities since 1981. END_OF_DOCUMENT_TOKEN_TO_BE_REPLACED