Our experts are on hand to help you find the perfect office space for rent in Fulham at cost effective prices. We have an extensive commercial property portfolio in South London, offering private offices, shared and coworking spaces, hot desking opportunities, and short term workspaces on flexible terms. These commercial property options come inclusive of top amenities and excellent transport links. 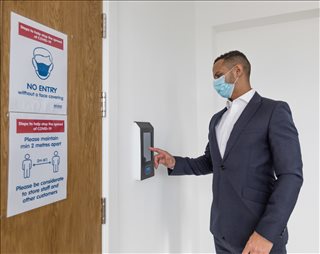 In addition to workshops, storage and industrial units, a range of bright and airy offices are currently available within this Fulham business centre at 21 Effie Road. A range of sizes and configurations are available to suit your specific needs, with suites for rent from 100 sq ft to 375 sq ft. Tenants benefit from telephone answering services, security personnel for added peace of mind and you are also able to add additional amenities... More info 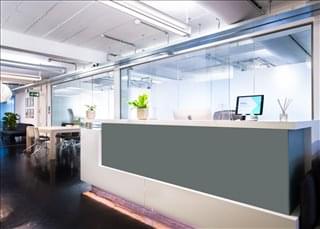 Providing a mix of large, dedicated desks and private offices of varying sizes, Alexander House offers affordable and flexible workspace in the middle of Parsons Green. Offices are available for between 3-8 people. An all-inclusive package, giving start-ups, creatives, and entrepreneurs the ability to rent high-quality office space on a rolling monthly basis. Besides, this space allows 24 hours access in 7 days out of every week with... More info 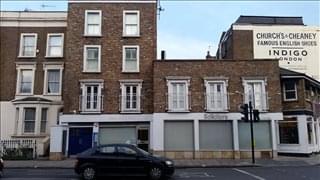 Chelsea Gate Studios at 115 Harwood Road, Fulham, London SW6 offers modern private office space to rent around a secure courtyard. Serviced and managed offices are available in various layouts including individual desk space and studios. It is an ideal option for businesses with 3 to 20 people looking for unfurnished or furnished offices.

All unbranded units are accessible directly onto the central courtyard. They also feature... More info 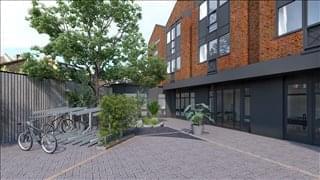 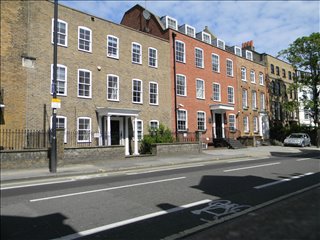 New King's House is a charming Georgian property with a Grade II listing that has been transformed into modern office spaces catering to businesses of various sizes. Offices are beautifully furnished and linked to reliable IT and telecommunications infrastructure, allowing businesses to immediately occupy and use their new space. 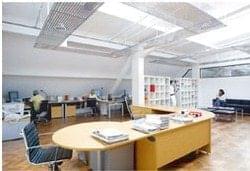 This stylish coworking space in Matrix Studios, 91 Peterborough Rd, Fulham, London SW6 - home to world famous recording artists and musicians since 1977. Alongside recording studios is a media centre with contemporary office spaces for businesses looking for a creative hub in Fulham.

A luxurious interior is decorated with modern furniture and fitted with high-standard broadband and telephone systems. The business centre boasts two... More info 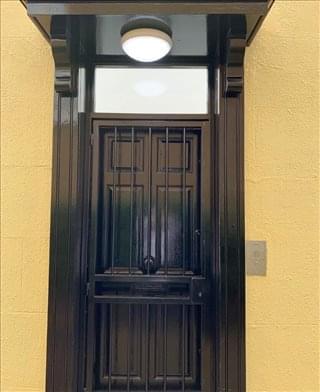 This office space is one of few properties in the area that offers serviced & flexible non branded work space. Each office varies in size starting from a 2 person, going up to a 15 person office across 3 floors. This sleek and stylish office space is filled with an abundance of natural lighting and is available as both a furnished or unfurnished space. Boasting a neutral interior that allows you to customise and make the space your own.... More info 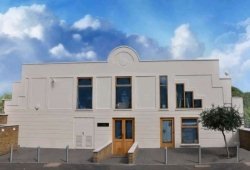 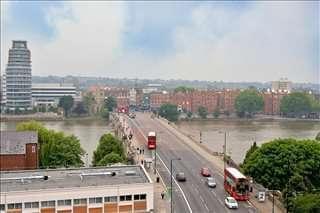 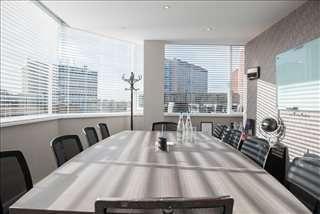 Opened in 2013, the Chester House business centre has a range of serviced, shared and virtual office solutions along with state-of-the-art facilities. Furnished offices and hot desks are available on flexible terms and are connected to ultra-fast wired and wireless broadband internet.

Tenants are supported with in-house reception, building management, and 24-hour security. Catering is also available for your meetings and events.... More info 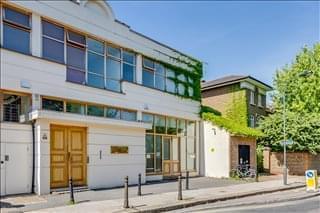 South Park Studios is a welcoming business centre at 88 Peterborough Road, London SW6 with a range of serviced offices and studio units available. Each serviced office for rent is fully furnished and available at affordable rates, ideal for start-up businesses and growing companies looking to keep set-up costs low. Thanks to large warehouse-style windows, offices benefit from plenty of natural daylight.

The local business scene in Fulham is characterised by a high business density. Set at 56 businesses for every 1000 residents, business density levels are among the top 10 highest in London and higher than the city's average.

The service sector is the predominant source of business opportunities in Fulham. The major industries here include tourism, leisure, entertainment, and sports, mainly due to the presence of two important football clubs (Fulham and Chelsea), as well as the Hurlingham Tennis Club.

Fulham maintains a strategic position and is well served by various transportation routes. The M4 and A4 roads are approximately 4 miles away from most areas in Fulham, and this neighbourhood is also served by public transportation options including Fulham Broadway, Parsons Green and West Brompton underground stations (District Line, Overground, and Southern Railway).

The office occupier profile mainly consists of small and medium-sized businesses, and average headline office rents in Fulham are £90 / square foot, inclusive of business rates and service charges. Furnished and unfurnished space is available, although mostly in Grade B properties along Peterborough Road and New King's Road. Newer office properties can be found in Imperial Wharf.

Popular destinations for office-based businesses within Fulham are the Dawes Road Hub, which offers dedicated office space (including flexible space) to businesses in the not-for-profit and social enterprise sectors; and Clarendon Business Centre, which is located in the southern end of the neighbourhood and offers serviced office space in a prime location right next to the River Thames.

Purpose-built private offices are available in New King's Road (near Putney Bridge). This area is also home to Fulham Green, an office development that consists of 5 buildings offering units ranging between 250 and 7,000 square feet. There are also a variety of meeting and conferencing venues available in the area, including Fulham Palace, the Macbeth Centre, The Queen's Club, Fulham F.C., and the Worx, as well as those offered in local hotels.

Fulham is located in south west London and is part of the borough of Hammersmith and Fulham. The area has been a hub for economic and commercial activity since the 15th century, and over the years Fulham's economic base has been sustained by industries as diverse as paper making, automotive, transportation, and food production. Proximity to the River Thames has been a crucial factor in the social and economic development of this London neighbourhood.

Fulham has a balanced mix of residential and commercial properties, although property prices are some of the highest in London, especially in SW6 and W6 postcodes. According to the last UK census, Fulham had a permanent population of just over 87,000 people. The most notable landmarks in Fulham include Fulham Palace, Parsons Green, and the stadium at Stamford Bridge.