Find office space to rent on flexible terms in St James's, London SW1 - a prestigious neighbourhood known for its high-end shops, galleries and antique markets. These all-inclusive executive suites, luxury offices and hot desks are offered fully furnished, with high spec facilities and amenities. View a selection of featured spaces below or call 020 3965 9617 to tell us what you need. 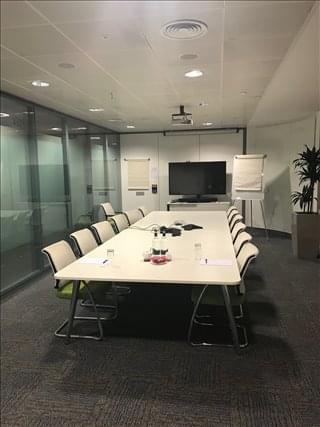 Located a few minutes from Victoria and St James's Park train station this modern development is key for those who require accessible commuting links. The available private floor office is currently fitted out with 92 desks, with 9 double and 2 x 6 person occupancy executive offices, Kitchen space with lounge furniture, bathrooms, reception area and several meeting rooms. This listing offers a mixture of open plan office space together with... More info 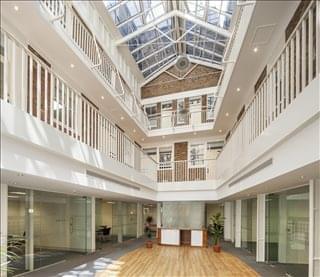 This converted stableyard office building is truly one of a kind. Situated within a one-minute walk from Sait James's Park underground station, this is extremely accessible by public transport. The space offers flexible office spaces ranging from 20 to 100 plus desks which could be ideal as a company HQ, for both medium sized and larger companies. The centre boasts plenty of natural light and a beautiful atrium. Contained within the... More info 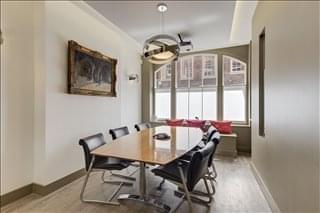 This converted townhouse offers a discreet yet professional serviced offices next to St James's Park, mid-way between Westminster and St James's Park Tube stations. The building is comprised of a handful of offices varying from 2 to 15 desks, as well as a fully equipped boardroom, kitchen and breakout space. Unlike some other serviced office centres, the rent is fully inclusive with no additional costs. The use of all the facilities and... More info 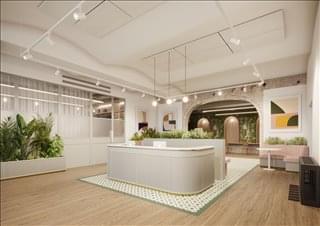 Victoria is home to one of London's largest transport networks, connecting the capital with the south and south-east, making it an ideal office space location for business. The building warehouse style windows and skylight invite abundant natural light. And with more fresh air than the majority of commercial office spaces in London and the UK, its a place that nurture wellness. For companies of two people, right up to enterprise size, a... More info 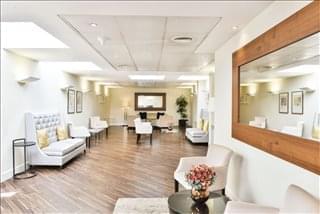 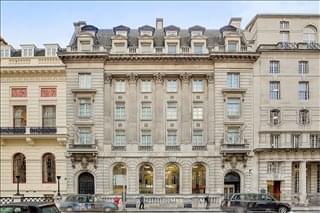 This workspace offers fully serviced office space, located in a prime area of London. The business centre offers impressive offices with great views and fantastic business lounges. The building has flexible layouts that can be tailored to suit your company and to grow with you. The modern building comes equipped with many fantastic facilities and has a dedicated in-house IT team that offers excellent IT support. The workspace has meeting... More info 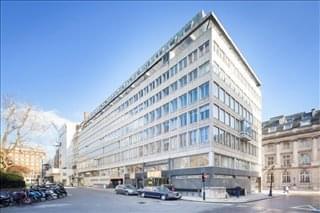 Offering a massive 16,000 sq ft of Grade A workspace (shared and private offices, coworking space, hot desking) spread over three levels and affording spectacular views of Pall Mall and St James's Square, this would undoubtedly be the perfect premises for both large and small businesses as well as startups.

Hot desks are on offer in this particular commercial property, suitable for freelancers, entrepreneurs and small business... More info 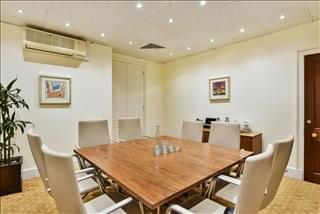 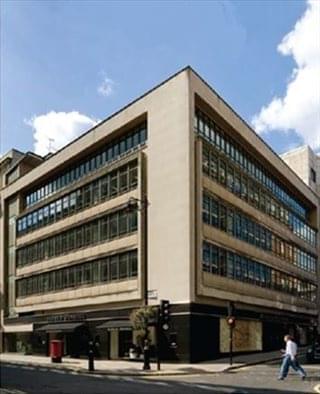 This modern business centre provides serviced office space within a calm and comfortable environment, between the vibrant areas of Regent Street and Piccadilly. A unique selection of chic furnished office suites are currently available on flexible terms, all furnished to an exceptional standard with everything one would expect from a modern workplace.

Polished conference rooms provide a professional space for those all important... More info

The affluent St James's area is nestled between St James's Park, Green Park, Trafalgar Square and Mayfair. St James's Palace, Clarence House and The Ritz London are some of the area's famous landmarks.

Many of these businesses work with auction house Christie's, which is based on King Street. Several tailors are based along Jermyn Street, while St James's Street is famous for its cigar retailers. The official ministerial residence of the Foreign Secretary and the Privy Council Office are also found in St James's at Carlton Gardens.

Due to its proximity to decision makers in Westminster, companies and organisations in the area often work closely with government. These include societies, institutes and other non-profit organisations that are working to influence policymakers. The location is also close to retail and fashion businesses in London's West End as well as media and production companies based in Soho.

Pall Mall is the historic base for many private members' clubs. These include the Oxford and Cambridge Club, The Travellers Club, Athenaeum Club and the Royal Automobile Club. The Institute of Directors also has offices along Pall Mall.

St James's has some of the most expensive office spaces in the world, with average rents in the area being much higher than those found in New York City and Paris.

St James's Park is exceptionally well provided for when it comes to public transportation links, with St James Park, Victoria, Westminster and Victoria stations all within a ten-minute walk. Numerous bus routes serve the area.

St James's Park is the oldest of The Royal Parks of London. Named after a leper hospital that was dedicated to St. James the Less, the elegant and leafy park is part of a collection of green spaces in Central London that includes Hyde Park, Green Park and Kensington Gardens.

St James's Park was originally created on former marshland, last purchased by Henry VIII in 1532 as part of an effort to transform York Palace (the future Whitehall) into a royal residence for the king. St James's Park was formally established in 1603 when James I ordered that the land be drained and landscaped.

The popular park has been the home of exotic animals and grazing cows at various points throughout its history. At the west side of the park is Buckingham Palace, while the Horse Guards is along the eastern edge. The 23-hectare (57-acre) park lies within the elite and refined St James's area of the City of Westminster. Other high-class areas of London including Belgravia, Mayfair, Soho, Covent Garden and the West End also surround St James's.