See our fantastic range of office space for rent in Surrey Quays. These fully furnished offices & desk spaces are available now with all inclusive pricing. Call us on 020 3965 9617 or view a selection of the available office space below. 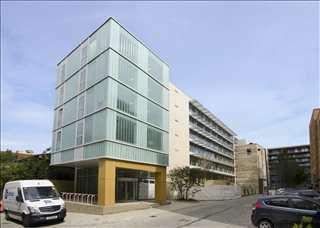 This stunning, brand new development is just minutes from the famous Greenland Dock, the oldest riverside Wet Dock in London, although the historical landmark is now used purely for recreational purposes. Many of the studios benefit from stunning floor to ceiling windows with views of the city skyline, allowing natural light to flow throughout the space. There is the option to cycle to work along the river, as the property features shower... More info 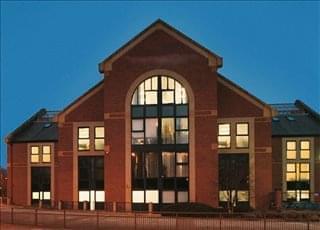 St Olav's Court is a landmark building at the City Business Centre. This outstanding property has 35 units starting from 484 sq ft up to 1,178 sq ft. Office spaces are finished with laminate flooring at Category 2 lighting, offering a contemporary and bright work environment.

Take a look at our Surrey Quays office space, available to rent on flexible terms, including executive suites and furnished offices benefiting from a full service package. We also have coworking and shared workspace, conventional commercial property, desk rental, warehouse space, short term office space available with easy in/easy out options, and virtual office opportunities. Our easy to use, office space search service is focused on finding you the ideal business accommodation at competitive rates in Rotherhithe and throughout South East London.

Surrey Quays was home to a series of large docks that operated from the late seventeenth century up until the middle of the twentieth century. The Surrey Commercial Docks have now been largely filled and redeveloped as housing, and residential development now dominates the area that once welcomed shipments of timber from Scandinavia and the Baltic, foodstuffs from Canada and other goods from around the world.

With a large marina and a shopping centre, leisure and retail are now the main sectors in Surrey Quays. One of the area's retail hubs is the Surrey Quays Shopping Centre. Opened in 1988, the centre has more than 40 stores close to Canada Water station. An adjacent leisure park includes a multiplex cinema, bowling facility, and several restaurants.

Baltic Quay is a large residential development that was completed in 1989. The landmark development sits between South Dock and Greenland Dock. Although mainly a residential project, office space and commercial outlets were incorporated into the building.

The Canada Water Masterplan will create a new town centre in Surrey Quays. Plans to redevelop the former DMGT Media printing operations (known as the SE16 Printworks Site) as part of the master plan will create a mixed-use development, including new office spaces. A new high street is also envisioned between Surrey Quays and Canada Water stations.

Cannon Wharf is an example of a new office development in Surrey Quays. The purpose-built office building has units ranging from 263 to 1,309 square feet across six floors. The development of new office accommodation and existing transport links between Canada Water and Canary Wharf have the potential to make the area a popular destination for businesses in the financial and professional services sectors.

The area is home to Surrey Quays and Canada Water stations, and Rotherhithe Overground is a 12-minute walk. Multiple bus routes connect the district to the rest of London.

Surrey Quays is located within Rotherhithe in south-east London, on the southern half of the Rotherhithe peninsula. The area stretches from Canada Water to South Dock. It is named after the Surrey Quays Shopping Centre, which is based in the southern end of Canada Water. A London Overground station of the same name is also in the area, although it was originally known as Surrey Docks and was previously a London Underground station.

Previously the site of the Surrey Commercial Docks until 1970, Surrey Quays is now a largely residential area. Much of the former docks have been filled in and redeveloped, while most of the warehouses that once stood in the area have been demolished. During the 1980s and early 1990s, a flurry of construction added more than 5,000 new homes to Surrey Docks, including the Baltic Quay residential development. South Dock was also transformed into London's largest marina. The Surrey Docks Watersports Centre was also built on Greenland Dock, while Russia Dock was developed as a wildlife reserve.