Fully furnished private offices and shared workspaces are now available in Vauxhall. These business centres and coworking spaces offer great amenities and flexible terms. Choose your favourite or call 020 3965 9617 to speak to our South London experts.

Formerly an old Marmite Factory, this centre has become a hub for new and growing businesses. The coworking space and serviced offices benefit from air conditioning, meeting rooms, large windows and hard wearing floors. Located on Durham Street, it is less than a five minute walk from Vauxhall train station, providing excellent links to central London and the South West and only 260 metres from the Oval Cricket Ground. The A3 Kennington... More info

Originally the principal office of Royal Doulton's, this stunning building was erected in the 1800s. It has kept most of its authentic features, and now provides high quality managed office spaces to rent in Vauxhall.

Business accommodation is available to individuals or larger groups of up to 25 people. Facilities of the serviced offices include air conditioning, tastefully decorated board and meeting rooms, spacious lounge... More info 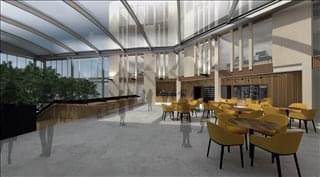 This newly refurbished business centre is set over six floors and offers a multitude of space options. All areas benefit from abundance of natural light and lovely interior design. These contemporary and stylish serviced offices centre around a beautiful central atrium, which will certainly impress any would-be business clients. There is also a membership scheme which is an ideal proposition for freelancers, start-ups or those seeking... More info 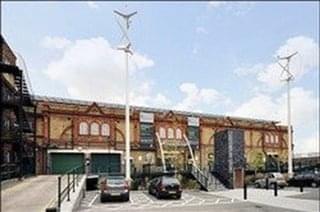 This is a brand-new business centre providing attractive business space to let within easy reach of central London. The fully modernised office space provides the perfect environment for ambitious small businesses, and the stunning roof garden and central atrium provide relaxing focal points whilst encouraging a real sense of community. In addition, many of the second floor offices have views of London including The London Eye, The Gherkin... More info 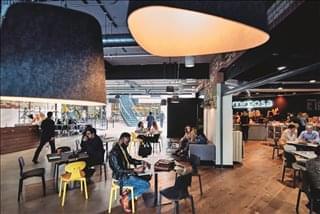 Kennington Park Business Centre is a collection of 11 buildings that date from 1924, providing a High Street work environment with lots of character. Serviced offices, studios and workshops are available in beautifully refurbished spaces. With contemporary business accommodation from 150 to 2,000 sq ft, this impressive business centre benefits from a gorgeous courtyard and garden areas.

There is also an on-site café and... More info

The riverside has seen significant redevelopment with new residential and office blocks, including the SIS Building at Vauxhall Cross. The iconic building at 85 Albert Embankment has been seen in numerous films, including James Bond productions such as The World Is Not Enough and Skyfall. Completed in 1994, the office building has a floor area of 252,497 sq ft.

Next door at 87-90 Albert Embankment is Camelford House, with more than 215,000 sq ft of offices. The office building is sometimes known as 'Charity Towers' given the number of non-governmental organisations and charities with offices at the address.

Serviced office solutions include Vox Studios at 1-45 Durham Street. Site of the former Marmite Factory, the building is home to new and growing businesses looking for a creative environment and modern workspaces. Public relations agencies, artisan food brands, charities, technology start-ups, and other businesses are based at Vox Studios. The co-working space includes an on-site café and meeting rooms.

Up until the late twentieth century, Vauxhall's economy was driven by manual workers' homes and businesses. Examples included works for the local railways and water supply. By contrast, neighbouring areas were known for its professional occupations, including in Westminster.

Riverside redevelopment has helped transform the area, as land and properties are developed into residential properties. New parkland and the construction of the Secret Intelligence Service (SIS) headquarters at Vauxhall Cross have also helped to redefine Vauxhall. The economy is now a mix of light industry, office-based businesses and government buildings.

Commuters can access the Vauxhall area in west London via the Vauxhall, Oval and Kennington tube station, all offering fast travel links to hotspots like St James's Park, Covent Garden and onwards throughout London. Bus routes interconnect the area and provide further transport services. You can rest assured that when choosing office space to rent in Vauxhall that all your commuting and travel needs will be accommodated.

Vauxhall is home to a mix of commercial and residential areas. The district sits within the London Borough of Lambeth in southwest London. To the east is Kennington and across the River Thames to the north is Westminster. Stockwell borders Vauxhall to the south, while Lambeth is to the north.

Vauxhall has given its name to Vauxhall Motors, a car manufacturer that first starting operating in the area in 1857. The area was originally named for Falkes de Breauté, the leader of King John's mercenaries during the thirteenth century. Before being known as Vauxhall, it was named Foxhall.

With the development of new residential property, the area is becoming a popular destination for young professionals. Being within walking distance of Waterloo station and Tate Britain, as well as its riverside location, adds to its attractiveness for commuters. Popular attractions include Vauxhall Park and the Vauxhall Pleasure Gardens, which hosts events throughout the year.