Find fully furnished Wandsworth office space for rent at competitive rates, including a comprehensive range of facilities and services. Fill in the Quick Quotes form or call now to speak to an expert 020 3965 9617. 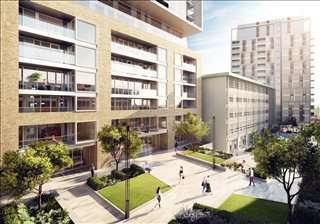 This excellent business centre provides office and studio commercial space to let in Wandsworth, South West London. This business space is ideally suited to small and medium enterprises (SMEs). Offering competitive prices and flexible lease terms to suite your requirements. There is 24-hour access available to tenants, great if your business does not work the usual nine to five business hours. Tenants will benefit from IT support, and there... More info 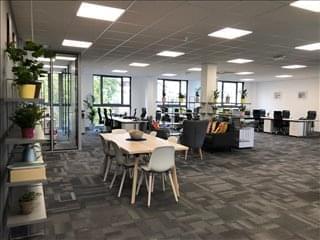 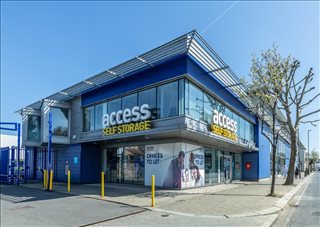 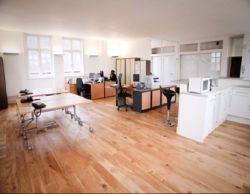 This bright and spacious office has four desks available in a shared environment. Located in a sought-after location near Battersea Park, the four desk spaces are available to rent for £100 per desk per week (excl VAT). The boardroom is also available to rent at an additional cost. More info

Wandsworth in the south west of London is home to a variety of businesses, with health, education, retail, and other professional industries have a strong base in the area. The location offers excellent transport links, including major commuter stations at Wandsworth Town and nearby Clapham Junction.

With higher employment rates compared to other parts of London, Wandsworth has a relatively more active workforce than neighbouring areas. Many residents are employed in professional occupations as well as finance and insurance. Information and communications is another major industry of employment in Wandsworth, while leisure is also a strong and expanding sector thanks to the area's growing population.

Many of the district's 15,000-plus businesses are small, often employing less than ten people. Wandsworth also boasts one of the highest survival rates for new businesses.

Wandsworth offers businesses the benefit of professional work environments in a comparatively quiet setting away from Central London. Redeveloped land between the Thames and Swandon Way north of Wandsworth Town station provides a mix of commercial and industrial spaces alongside residential and leisure spaces, including a hotel, various shops including B&Q and Homebase, and a number of restaurants.

Other commercial spaces are largely concentrated on and around Wandsworth High Street. One of the area's landmark buildings is the Royal Victoria Patriotic Building. Built between 1857 and 1859, the large Gothic Revival building combines Scottish Baronial and French Chateauesque styles. Once used as an asylum for orphans as well as a hospital and teachers' training college, the historic property was redeveloped during the 1980s. It is now home to small businesses, residential flats, and the Academy of Live and Recorded Arts.

London Office Space has office listings for a wide range of serviced offices, coworking spaces and private office space in Wandsworth and throughout South London. The featured listings above represent a small selection of the currently available spaces. If you can't see the space that you're looking for, please let us know and we'll find it for you.

Commuters can access the area via Wandsworth Town Rail Station, as well as a number of bus services.

Wandsworth Town Then and Now

Wandsworth borrows its name from the River Wandle, which flows into the River Thames at Wandsworth. The area's industrial heritage is represented by several former commercial endeavours that served as employers and major economic drivers, including the Young & Co's Ram Brewery. Closed in 2006, the site saw production of draught beer for more than 400 years and was one of Britain's oldest breweries. The former brewery is being redeveloped into a mixed use site with new homes, shops and leisure facilities.

Once a wharf area, Wandsworth now boasts several riverfront apartments, restaurants and bars. The district sits within the London Borough of Wandsworth, which also includes Battersea, Clapham and Putney. King George's Park is one of the district's largest green spaces. It follows the River Wandle towards Earlsfield and Wimbledon. Wandsworth Common has several ponds and a lake close to the River Thames.

Some of the most expensive townhouses in the capital are found in the adjacent area known as the Toast Rack. One of Wandsworth High Street's landmark developments is the Southside Wandsworth. The shopping centre is one of London's largest with about 750,000 square feet or 70,000 square metres of retail space.