We have flexible office space available now in Wapping & St Katharine Docks. The fully furnished workspace and private offices are offered with all inclusive pricing with no set up costs. Find your space below or call us now on 020 3965 9617. 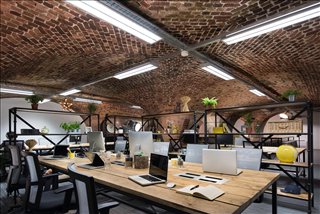 Private offices range from 12-person units to larger spaces for up to... More info 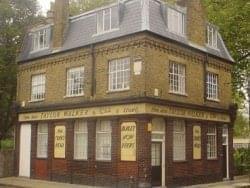 The studio is housed above the former Turk's Head pub, now a café/coffee shop with its own garden. Shared desk space is available, with lots of light and home to a great mix of creatives, from architects to illustrators. Everyone has a desk, chair and storage, with free fast broadband. Shared kitchen and meeting area. Flexible contracts with a minimum of 6 months offered. More info 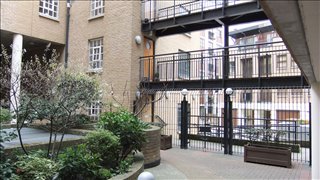 This office is perfect for any London commuter as it is within walking distance of Wapping Station and is only two miles from Canary Wharf. The space is 536 Sq Ft and can accommodate ten to twelve workstations. The building is a converted factory offering a unique work space. The centre is practical and conventional consisting of many fantastic facilities, including; 24-hour access, CCTV, a functioning kitchen and air conditioning. With... More info 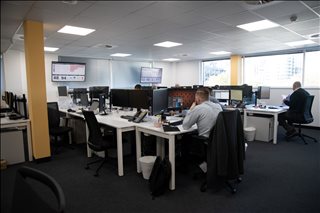 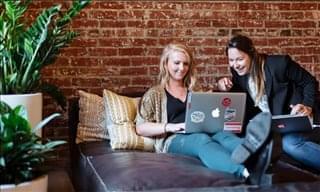 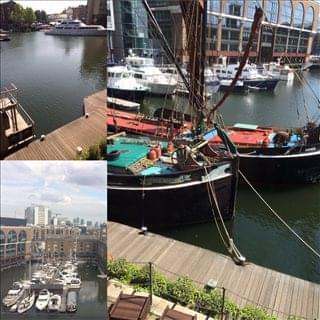 Based at St Katharine's Dock, This space is looking for a sub tenant to share the office and these stunning views. With space for up to 20 people, it can offer office meeting rooms including a boardroom, IT infrastructure with fast WiFi, printing & copying and telephone services. The space can also offer reception services if needed. More info 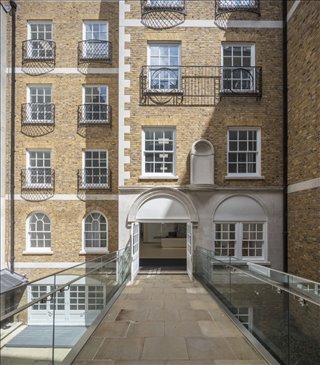 Our easy-to-use, free search service is focused on finding you premium business premises in Wapping at competitive rental prices. Our knowledgeable advisors are waiting to help you locate and secure the ideal business accommodation, from business centre space, collaborative and project spaces and shared office accommodation to individual workstations, unfurnished space, industrial units and virtual office solutions. We have an extensive portfolio of East London commercial property and if we don't currently have what you need, we'll go out and find it!

St. Katharine Docks, in the western fringe of Wapping, offers office spaces in addition to retail units. With its strategic location close to the Silicon Roundabout in Shoreditch, many businesses in creative and technology industries are based at St. Katharine Docks. The development is also the home of Central London's only operating marina.

The Dock is a co-working office space housed in a Grade I listed building at Wapping's Tobacco Dock. The complex includes meeting and event spaces in addition to workspaces. Opened in 2015, The Dock houses more than 100 start-ups and established businesses. Spaces include flexible co-working tables with workstations and common areas such as kitchens and six meeting rooms.

Warehouse-style offices are located at International House, which boasts exposed brickwork and panoramic views of the city and river. Amenities include a dockside café, roof terrace, showers and lockers, restaurants, and an on-site events team.

Much of Wapping's industrial heritage has been transformed into new commercial and residential properties, particularly as part of the redevelopment of the Docklands. The former slum in London's East End now provides high-end offices and housing, as well as fashionable restaurants and bars alongside independent shops and cafés.

The area's proximity to London's financial centres in the City and Canary Wharf make it an attractive destination for businesses in the financial sector.

Wapping lies within the London Borough of Tower Hamlets in East London. First settled by Saxons, the area's name means "the place of the Wæppa's people". It is bordered by the north bank of the River Thames and The Highway, an ancient thoroughfare that dates back to Roman times. Many public houses facing the river are reminders of the area's strong maritime heritage. Sailors, boat builders, and other workers linked to the maritime trade lived in Wapping.

For more than four hundred years, it was also the site where pirates and other maritime criminals were executed. This ended in the 1830s. Old stairs provide access to the Thames and are some of the area's most interesting attractions. Examples include Wapping Old Stairs and Pelican Stairs at the Prospect of Whitby.

Much of Wapping was destroyed during the construction of the London Docks, and other original buildings were damaged by German bombing during the Blitz. The area's decline following the Second World War reversed with the development of abandoned warehouses being turned into luxury flats during the 1980s. The London Docks were also redeveloped into new commercial, residential and industrial spaces.