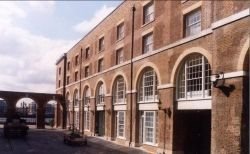 Newly refurbished riverside property within an 18th-century listed building, the centre is situated in a spectacular location on the south side of the River Thames. These offices in Docklands are finished to a very high standard of interior design to provide a pleasant environment. All the offices are open-plan, allowing maximum flexibility with separate boardroom and meeting rooms. They come with IT support, a ground floor fitness room,... More info 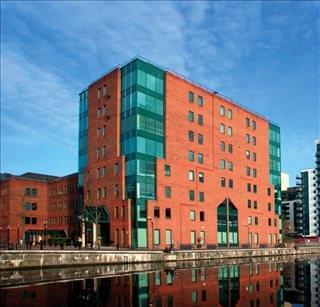 Bellerive House is a waterside office building at 3 Muirfield Crescent that has been refurbished to provide Grade A offices in Docklands London - right in the heart of the Isle of Dogs, close to Canary Wharf. This impressive glass and brick building and eight other office blocks are arranged around a central piazza at the Glengall Bridge estate. 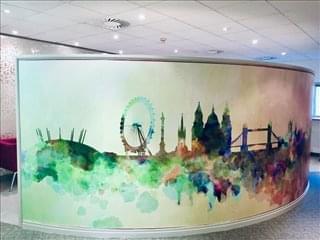 Overlooking the Millwall Inner Dock, this Isle of Dogs centre is an environmentally-sustainable and carbon neutral property. Flexible solutions deliver managed and serviced office space in unbranded and furnished spaces to rent in Docklands. Hot desks, meeting rooms and shared spaces with two or more workstations are available, allowing you and your team to sit together and collaborate more easily. 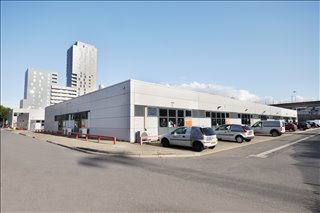 This centre, located near to Canary Wharf and South Quay, offers serviced office space, coworking and light industrial space to rent in Docklands. The centre comes with a vast array of amenities for tenants to make use of, including bike racks, shower facilities, recycling, and high spec dedicated meeting rooms available to be booked - perfect for hosting meetings in a professional environment. 24 hour access and security is also available... More info 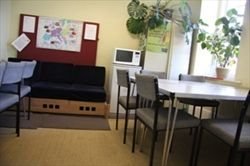 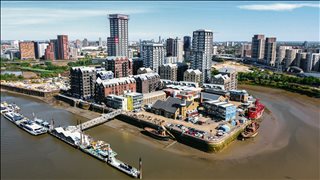 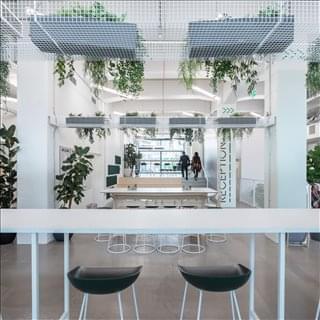 Business in the Docklands

The London Docklands is a sprawling area in southeast and east London, United Kingdom. It includes portions of Greenwich, especially North Greenwich, Lewisham, Newham, Southwark and Tower Hamlets along the River Thames. The Docklands were once part of the Port of London, which at one point was the largest port in the world. Much of the area has seen significant redevelopment with new residential and commercial projects, including Tobacco and St Katharine Docks.

Many of the London Docklands' former wharfs and warehouses have disappeared, although some have been restored and converted into new uses. The docks have also been transformed into recreational marinas. Most of the redevelopment in the Docklands has focused on new residential projects, with some exceptions like the Isle of Dogs and Canary Wharf.

Office Buildings in the Docklands

One of the area's most important business clusters is the financial services sector based at Canary Wharf, which is the largest employment centre in the Docklands. Canary Wharf was built on the site of the West India Docks, which operated from 1802 until 1980 and is separated from the Isle of Dogs by Marsh Wall. Many of the UK's tallest office buildings are concentrated in this area, which is the capital's second major business and financial centre, along with the City.

One Canada Square is the tallest of the skyscrapers in the vicinity. HSBC, Barclays, Citibank, RBC, and many other firms have offices in the area. Heron Quays, South Quay, Churchill Place and Harbour Exchange Square also have notable clusters of office towers.

The north side of Canary Wharf is also being developed as part of the North Quay project. Three new towers will be added, as well as a shopping centre retail district, residential, and student accommodation, all carbon-neutral. In total, more than 16 million sq ft of office accommodation within 37 buildings is found at Canary Wharf.

While Canary Wharf is largely focused on financial services, businesses from a variety of sectors are found throughout the London Docklands. Other serviced office spaces suitable for businesses in virtually any sector are found at Tobacco Dock between the Tower of London and Canary Wharf. In addition to exhibition and event spaces, Tobacco Dock has flexible co working space for start-up and established companies. The shared serviced offices are housed in a Grade I listed waterside complex and support over a hundred businesses.

The driverless Docklands Light Railway (DLR) system connects the area to the London Underground network, as well as providing access to London City Airport and the Emirates Air Line cable car. Local DLR stations include South Quay, Mudchute and Heron Quays. The Docklands area also benefits from a number of rail stations, including both the Canary Wharf Elizabeth line station and the Canary Wharf Jubilee line tube station, with connections east to London City Airport and west to Covent Garden, and beyond.

Numerous ferry services on the Docklands waterfront also provide regular transport across the River Thames, including the Masthouse Terrace Pier and Canary Wharf ferry services. And with the addition of the many bus routes that criss cross the Docklands, including the Churchill Place interchange, you can rest assured that all your travel needs and commutes to and from your Docklands serviced offices will be easily accommodated.

The London Docklands sit east of the City of London in the Capital of the United Kingdom. They are largely found north of the Thames from Tower Bridge to Woolwich. Following the Second World War, many of the docks were closed and filled to make way for new development. The Docklands Light Railway (DLR) connects most of the area. Much of the computer-controlled line is over ground and elevated, providing views of the surrounding area.

Beyond the skyscrapers of Canary Wharf, attractions in the Docklands include the Museum of London's Docklands. The museum is housed in a converted nineteenth century warehouse on West India Quay. The Limehouse Basin is a starting point for trails along Regent's Canal, while Tower Bridge and the Tower of London at the western edge of the Docklands provide a gateway to the area.