The central location and excellent transportation links make Chelsea an attractive office location. Our London office search service is completely free to use, and our advisors are on hand to go that extra mile in finding the perfect business address at cost effective rates. 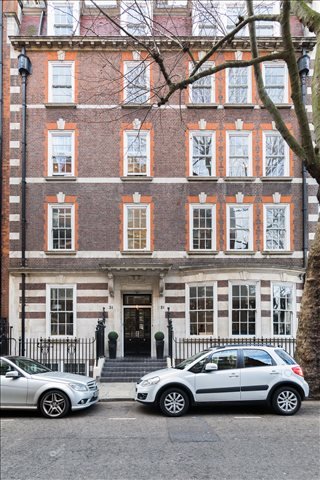 Come and join the latest trend of creative design-led workspaces for young, ambitious and intriguing companies that are now forming the heart of this workspace. These offices in Chelsea are located near South Kensington station, have meeting rooms and breakout areas, air conditioning, and are accessible 24 hours a day, ideal for those with international clients and business needs outside the normal 9-5. The space comes furnished and with... More info 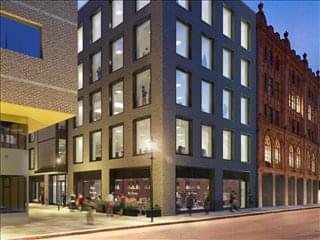 This space offers a variety of elegant, stylish and modern coworking space and serviced offices for rent on flexible terms, with air conditioning, meeting rooms, fast Wi Fi and the latest IT and telecoms options tailor-made to suit your business requirements. This prestigious brand new building sits in the heart of Kensington, located a short walk from both South Kensington station (5-minutes) and Sloane Square tube station (8-9 minutes),... More info 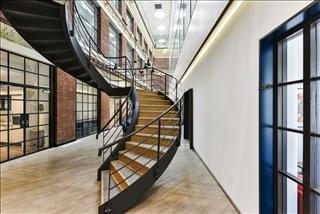 Michelin House on Fulham Rd, London SW3 is a breathtaking, unique Grade II period building providing shared and serviced offices rental in South West London. Opened in 1911, the decorative building housed offices for Michelin until 1985. These Chelsea office spaces and meeting rooms have been thoughtfully refitted to provide a collection of business workspace offering state of the art, contemporary solutions, while retaining many of the... More info 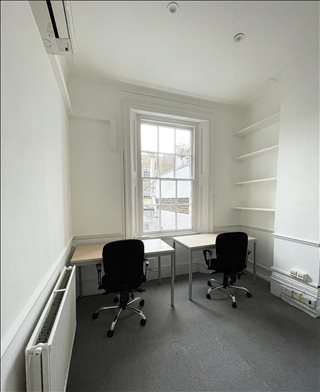 The workspace comprises modern and professional private offices that offer all the required instruments for seamless working. It has 24 hour access, air conditioning in every office, a stocked kitchen, fast Wi-Fi, and cleaning services available to all users. The front desk reception and on-site management team are on hand to provide support and assistance whenever needed. The fast internet access allows users to connect and work from... More info 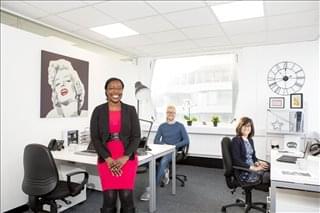 This centre offers serviced offices in Chelsea in a prime central London location with excellent transport links, including the nearby Earls Court, Gloucester Road and South Kensington stations. The serviced offices are fitted with all the efficient and functional facilities that members need for their business to thrive, including meeting rooms, Wi Fi, air conditioning and flexible lease terms. This centre was built with the needs of... More info 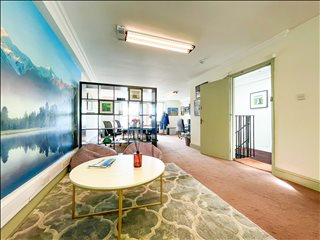 Offered to those in the office market on an all-inclusive basis (excl. phone and broadband), there are meeting rooms, kitchen and bathroom areas for shared use amongst the small number of occupiers within the building. The space is presented as immediately available for anyone seeking first class workspace in the heart of Chelsea. These premises are arranged along the westerly side of a High Street, amongst desirable local businesses such... More info 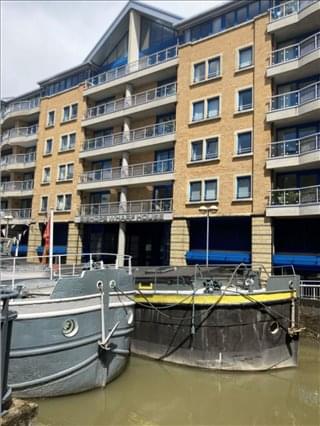 Available at this centre are ground floor self-contained private offices, located on Ransomes Dock on the River Thames, comprising 2 adjacent open plan furnished offices. Individual offices are also provided, as well as access to 2 meeting rooms. The interior has air conditioning throughout, is airy and filled with natural light due to the large windows, creating a pleasant working environment. Every workspace is clean, modern, and... More info 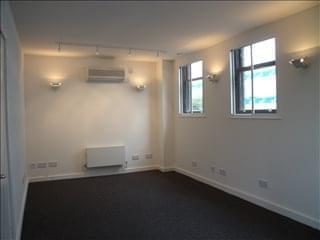 Close to Imperial Wharf, this centre is a boutique style business centre which takes pride in being able to provide excellent services to all of their clients within the building and externally. Each of the serviced offices has air conditioning, access to meeting rooms and comes unfurnished, giving clients the ability to personalise and enhance the unique character already present in each of the units. The on-site management team provide... More info 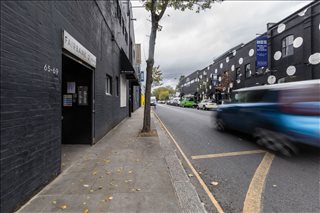 Located at 65-69 Lots Road in Chelsea, these competitively priced serviced office suites nestled between Imperial Wharf and Fulham Broadway stations are available unfurnished and come with a host of conveniences to support your business including air conditioning, meeting rooms and kitchen facilities. The office spaces are offered with long- or short-term, flexible leases, to allow you greater freedom to adjust your space depending on your... More info 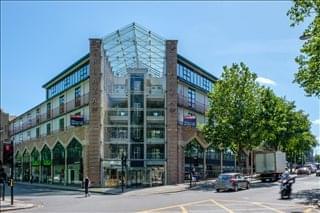 Down the road from Earl's Court, and conveniently close to Imperial Wharf and Fulham Broadway stations, this business centre is designed with every clients' business needs in mind. All spaces have air conditioning, access to meeting rooms and kitchen facilities, as well as reception services and an on-site management team provided. The centre's landscaped courtyard and garden is the perfect place to enjoy a coffee, hold an informal meeting... More info 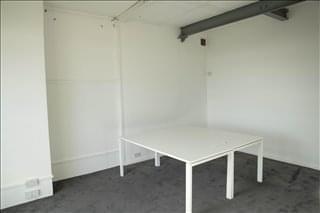 This work centre is in a fantastic location, with great transport links including the nearby Imperial Wharf station, making it very accessible for commuters. These serviced offices for rent in Chelsea have many fantastic facilities including; 24 hour access and security, secure parking, reception services, fast Wi Fi, administrative support and a functioning kitchen. The space offers four different sized office areas, ranging from a two... More info

Why You Should Rent Office Space in Chelsea, London

Chelsea, SW of London City in the United Kingdom, has a reputation for influencing and innovating new trends and popular culture. It is a reputation that dates to the Victorian period of the nineteenth century, when the area was known for its artists' colony.

Retail is a major economic driver in Chelsea, with Sloane Street being one of the top shopping destinations not only in London, but in the entirety of the United Kingdom. It boasts high-end jewellery and fashion boutiques and is home to many prominent fashion labels. Several high street shops are based along King's Road, another busy shopping area in Chelsea.

Chelsea's streetscape is dominated by Edwardian terraces and green spaces. Much of the area is residential, and property in Chelsea is among the most expensive in London. Despite being close to the heart of the capital, Chelsea retains a suburban feel. Many of London's top museums, including the Natural History Museum and the Victoria and Albert Museum, are just north of Chelsea.

The office market in Chelsea comprises an assortment of types, size configurations and management levels, whether that be private offices, or serviced office space for rent, the unique needs of your business will be easily accommodated when finding workspace to rent in Chelsea. These serviced office and shared workspace options are clustered predominantly around High Street locations like Gloucester Road, Beaufort Street, King’s Road and the major transportation hubs of the area such as South Kensington station, Victoria station, Imperial Wharf, and Sloane Square.

Due to the largely residential and retail nature of Chelsea, office space is limited and competition in the office market is high. Most office developments are found in easily reachable neighbouring areas, including Kensington and Fulham. The properties that do exist in Chelsea are often smaller office spaces housed within converted period buildings.

Chelsea, London - Then and Now

An affluent area of southwest London, Chelsea is within the Royal Borough of Kensington and Chelsea and is close to Earl's Court, Imperial Wharf and Sloane Square. The area lends its name to the Chelsea Barracks, Chelsea Harbour, and Chelsea Football Club.

Chelsea has long been a base for artists, including painters and poets. This creative atmosphere and the presence of radical thinkers have also helped create a Bohemian quarter that has thrived since the nineteenth century.

Central London Location: Chelsea is bound to the south by the River Thames. To the east is Pimlico and in the west is Fulham, which is the actual home of Chelsea Football Club's grounds at Stamford Bridge. Earls Court, Kensington, Knightsbridge and Belgravia line the northern border of Chelsea.

Chelsea, in the Royal Borough of Kensington and Chelsea, is served primarily by the London Underground Sloane Square tube station (Circle & District lines) providing connections to Victoria station and Knightsbridge station, as well as multiple local bus routes. South Kensington tube station (Circle, District & Piccadilly lines), Imperial Wharf, Earl's Court, Gloucester Road, Fulham Broadway and West Brompton stations are also within easy reach as is Knightsbridge tube station. Imperial Wharf underground and rail station is just a few minute’s walk from Chelsea Harbour. Kensington and Chelsea is a cycle friendly borough, and many of the serviced offices for rent in Chelsea strive to accommodate bicycle commuting with bike racks and a host of end of trip facilities. When choosing to locate your serviced offices in Chelsea, you can rest assured that all your commuting and travel needs will be accommodated.

Browse the listings above for flexible office space to rent in Chelsea, with all-inclusive pricing, covering rent, utility charges, business rates and facilities. If you're looking for Chelsea coworking space we can help you find shared workspace and desk rental.

In addition to the currently available office space to rent, we also have other commercial properties in and around Chelsea and flexible, serviced offices available for rent in other prime locations throughout Central London. Fill in the Quick Quotes form or call 020 3965 9617 to speak to one of our commercial property experts about the shared and serviced office space options available.