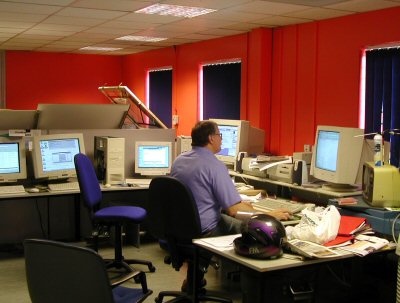 Sharing an office with another person can be difficult. Having a colleague in close quarters with you when you are trying to work can be advantageous or completely unbearable.

It can be beneficial to have another person in your office. They can be someone to brain storm with and discuss ideas and solutions to your work problems or simply just someone to talk to. This can make your day more interesting and motivating. However, sharing your office can cause a lot of problems too, particularly if your job requires quiet and is fast paced and stressful. If you are used to working in your way, having another person in your space can be distracting and even aggravating.

Having an office-mate can be a positive experience. It can be someone to bounce ideas off of and help you to develop those ideas before presentation to your boss. However, it is important to try and allow each other to have personal space, even if it is a small office.

The arrangement of the furniture in the room can either make or break a shared-office relationship. If you can, it can often be good to have some kind of partition in the room, clearly marking your space. If not, just make sure that your desks are far enough apart that you are not bumping into one another every time you move. Also make sure that office equipment that has to be shared, such as printers, fax machines and copiers, are in a position that you can both reach with ease without getting into each other’s way.

Besides the problems that the logistics of the office space itself can cause there are also personality and work-style clashes. Some people like to listen to music while working, and if this is the case it is best to use headphones. Not everyone wants to hear your music and it can be distracting for some. Headphones may help to solve this argument before it even occurs. It can also be a good idea to “stagger” lunchtime as this can provide you with some peace and quiet if you take lunch at different times. This can then allow you to get critical things that require focus done. END_OF_DOCUMENT_TOKEN_TO_BE_REPLACED

In most offices there is a distinct lack of kitchen etiquette: people leaving dirty dishes in the sink or crumbs/leftover food all over the kitchen counters. Many office workers either forget or ignore the rulers of the office kitchen even though most of the rules simply stem from common sense and consideration for others.

When using the office kitchen there are simple and seemingly obvious general rules that should be followed.

END_OF_DOCUMENT_TOKEN_TO_BE_REPLACED

Once you have been called to a face to face interview, it is important to take the time to prepare correctly. Today’s business world is very competitive, especially in London, and there are bound to be quite a few other candidates that have the same or similar qualifications going after the job.

It is important to make yourself stand out and a good way to do that is to practice exactly how you will sell yourself to your prospective employer. The first meeting is crucial, and therefore it is essential to be at your best and fully prepared.
END_OF_DOCUMENT_TOKEN_TO_BE_REPLACED

When choosing how to decorate your office it is important to choose art and décor that speaks positively about the environment of the office and sends the right message to both employees and clients.

It can be difficult to choose the right colours, wall hangings or sculptures that not only fit in with the corporate culture but also adhere to a sense of professionalism and will help to create a relaxed and welcoming atmosphere for clients. You and your employees also spend a large amount of time in the office so it should be an interesting and motivating place.

END_OF_DOCUMENT_TOKEN_TO_BE_REPLACED

The Chinese and millions of other people in the world believe that their lives are affected by natural forces. Feng Shui is an alternative way of positioning the items and furniture in your home, office or even on your desk that improves the harmony of the environment.

END_OF_DOCUMENT_TOKEN_TO_BE_REPLACED

What are employee rights in regards to office relocation? How does it affect them/their families? Is it against their contract to be expected to relocate to a new city? Does the company have to pay relocation costs/help find new accommodation?

END_OF_DOCUMENT_TOKEN_TO_BE_REPLACED 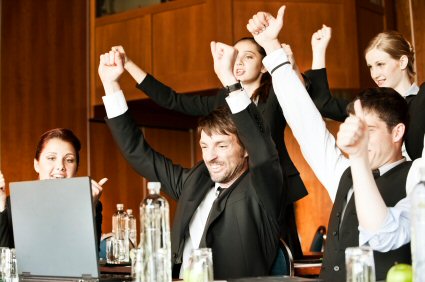 Unless you work from home or spend most of your working day visiting clients, the truth is that relationships with work colleagues are an essential –and sometimes conflictive- part of our working lives. Some people actually spend more time with their colleagues than with their families, so it is easy to understand how necessary it is to make sure that work relationships flow smoothly instead of being a source of conflict.

The importance of good working relationships

Over the past few decades, team work and the ability to maintain positive relationships with other members of staff have become valuable skills that virtually every employer expects. There are several reasons why good working relationships are a must in today’s fast-paced corporate world.

In the first place, positive relationships with work colleagues contribute to create an agreeable atmosphere in the workplace. Perhaps only those who have problematic relationships with their colleagues know how oppressive an office can be when you do not get along with the people around you. In fact, psychologists believe that having problems with work colleagues is one of the biggest causes of stress and that its importance is often underestimated.

Secondly, an agreeable working atmosphere can help increase productivity. A 2009 study showed that productivity levels could be enhanced by up to 10 per cent when the relationships between staff members were free of strains. It has been shown that companies where staff gets along have lower levels of absenteeism and lower turnover. Therefore, it is not surprising that employers look for team members who know how to relate to others positively. END_OF_DOCUMENT_TOKEN_TO_BE_REPLACED

Many people rely on their first impressions in their overall opinion about you. Your first few days at a new job can considerably impact on how you are evaluated by your boss and co-workers in the future.

END_OF_DOCUMENT_TOKEN_TO_BE_REPLACED

You’ve got a great product, fantastic idea or provide an important service. Now you need office space or need to relocate your office to bigger, better premises. What are the different types of office space out there? And what would suit your business’s needs? Location is of course extremely important to businesses in the public eye, but there are also other things to consider including how much time you have. Do you want to just sign a contract and move right in without worrying about sorting out reception staff, communications systems or office cleaning. END_OF_DOCUMENT_TOKEN_TO_BE_REPLACED

Although the legislation that is concerned with employee pay entitlements in the UK is reviewed regularly, as an employee it is important to have up-to-date knowledge of what the current regulations and to be aware of your rights at work. In this article you will find an overview of the key aspects related to pay entitlements and other basic rights.

The current legislation has set a minimum wage system that all employers must abide by. Minimum wage legislation was first introduced in the United Kingdom in 1998 by means of the National Minimum Wage Act. As of October 2012, the national minimum wage for workers in the UK is as follows:

-employees under 18 years old must be paid a minimum rate of £3.68 per hour

The above rates do not apply to apprentices, who must receive at least £2.65 per hour during their first year of apprenticeship. After the first year, apprentices are entitled to the standard minimum wage rate that applies to their age group.

The next minimum wage rate review is due on October 2013. It must be noted that the law also applies to home workers and agency or temporary workers, and that the rates are not influenced by whether an employee is hired on a full-time or part-time basis.

The law also stipulates that workers who are unable to work due to illness are entitled to statutory sick pay. The current rates are set at £85.85 per week, and the daily statutory sick pay rate is calculated on a pro-rata basis. The first three days that an employee is off work due to illness do not count towards sick pay, and there is a maximum amount of time during which an employee can receive sick pay, which is currently set at 28 weeks per year.

The current employment law also outlines employees’ entitlements in terms of holiday pay. Almost every worker is entitled to take paid holidays, except for self-employed workers and those who have not yet reached school leaving age. Workers are entitled to enjoy at least 5.6 weeks of paid holiday time every year, irrespective of their age. Holiday entitlement is calculated on a pro-rata basis for part-time employees, and the entitlement starts from your first day at work. It must be noted that holiday entitlements do not necessarily include bank holidays.

The rates for statutory sick pay are the same as the normal rates that you receive for each day of work, unless your contract specifies that holidays are paid at a higher rate. Also, employees are not normally allowed to carry over unused holiday days from one year to the next, unless their contract says otherwise. Employees must also be paid any outstanding holiday pay that is due when they leave they job, as part of their final pay check.

According to the Working Time Regulations, workers are entitled to a certain amount of breaks and rest periods. The entitlement varies depending on the employee’s age and on how long their shift is. Certain jobs are excluded from these regulations, such as emergency services, the police and armed forces, offshore and mobile workers, those employed in security or surveillance duties, and shift workers. Employees who are exempt from these entitlements must be compensated with an equivalent rest period.

Workers whose shift lasts 6 hours are entitled to an uninterrupted 20-minute break that must be taken during the shift, but not at the start or at the end of the working day. Workers who are under 18 must have a 30-minute break for every 4.5 hours of work. There must be an 11-hour rest period between working days for adult workers and a 12-hour rest for those under 18. Adult workers are also entitled to have a weekly rest period of 24 hours (48 hours for young workers).

The rules regarding maximum working hours mandate that no worker should work more than 48 hours per week, unless they voluntarily opt out of this limit in writing. Workers who are under 18 have a limit of 40 hours per week. The rules do not apply to certain professions (see the exceptions to break time entitlements).

Female employees are entitled to be paid 90 per cent of their average weekly wages during the first six weeks of maternity leave. During the following thirty-three weeks, employees must receive £135.35 per week, unless their average weekly salary is lower than this amount. As of April 2013, this rate will increase by 1 per cent, and will continue to do so until 2016.

For further information on employment rights please go to Directgov